The kids picked so many pumpkins from our garden yesterday.
It put us in the mood for a pumpkin treat, so I whipped up this delicious recipe for breakfast this morning.
I used the last of my frozen pumpkin puree…tutorial coming later this week:). 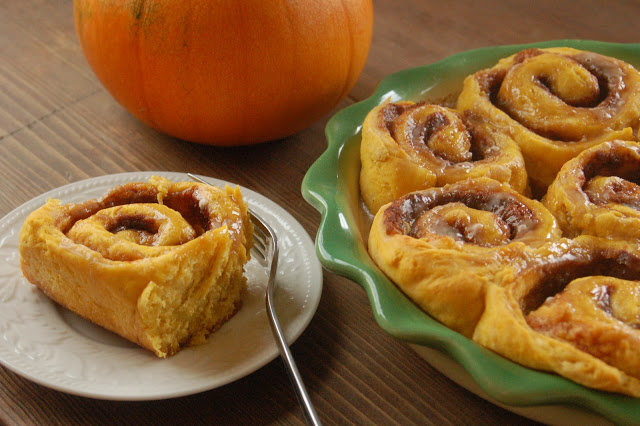 Recipe from Lisa Pearson at Simply…This, That, And the Other…with some adaptations:).

Mix until dough all comes together.
Remove dough from bowl and grease bowl.

On Roulpat or floured surface, roll dough out into a rectangle.

Roll up like a bug in a rug. Pinch seam together.

Cover and let rest for about 20 minutes

Remove from oven and let sit for a few minutes.

Drizzle with glaze.
Serve while warm!

I think the name of this recipe says it all!
Yum!!

In a medium bowl, whisk together flour, pie spice, baking soda, and salt. 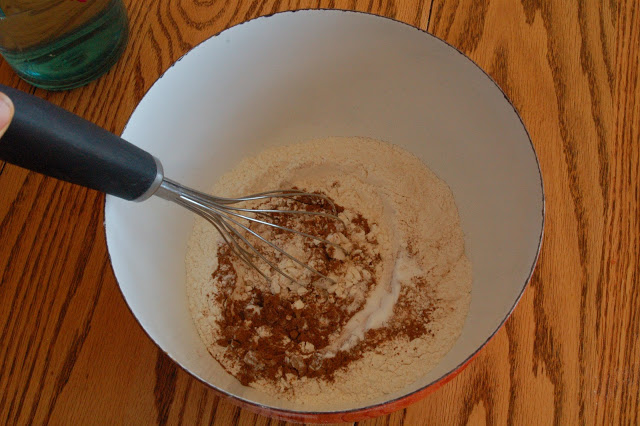 Set aside and get ready for the good stuff:).

With an electric mixer, cream butter and sugar until sweet and smooth.
Add egg and vanilla until combined.
I ran out of pure vanilla, but imitation works just fine! 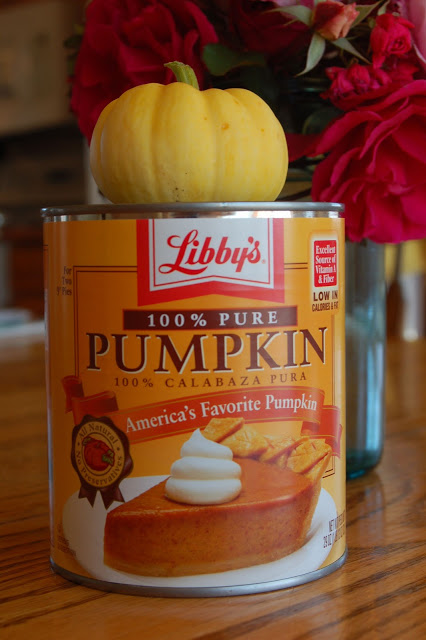 Slowly add in the dry ingredients…who have been waiting patiently to join the party:).
Mix until just combined.

Fold in the chocolate chips…my favorite!
Spread the batter evenly into your prepared dish.
Bake until edges begin to pull away from the sides or a toothpick inserted into the middle comes out clean with just a few moist crumbs attached.
This should take 35-40 minutes.
Make sure to let the cake cool completely.
Next, just lift it out of the pan, remove foil and cut into 24 perfect squares.

I have learned, in whatsoever state I am, therewith to be content. Phillipians 4:11

Hi, I’m Julia and I’m so glad you stopped by!

I am just a girl in love with God,
my amazing husband,
and four beautiful children.
I’m smitten with living a simple,
peaceful, joy-filled life.
There is true freedom in having less
and being blissfully content
with what you have been given.